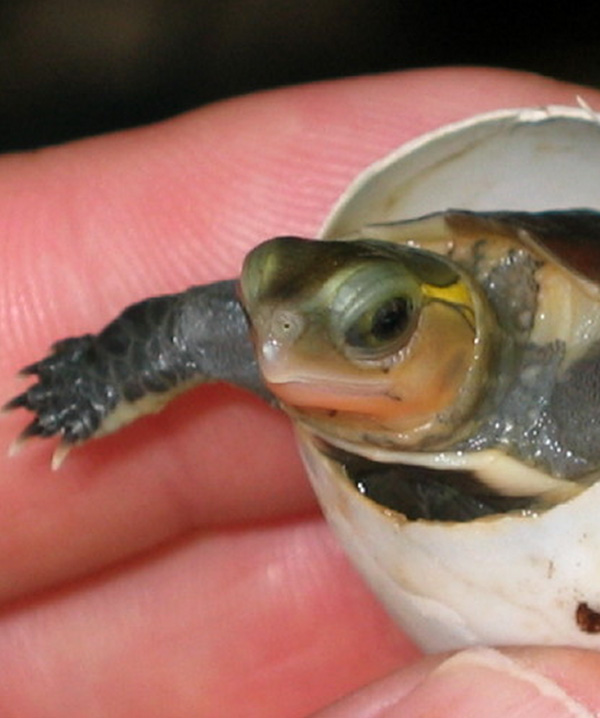 About the Turtle & Tortoise Preservation Group 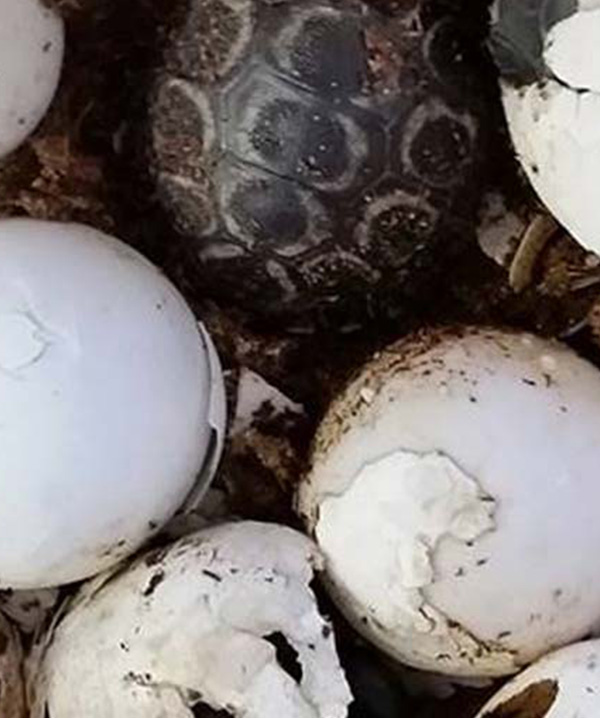 The TTPG was founded by Russ Gurley in 1996 to help spread the horrible news: The world’s turtles are disappearing. Across the planet there are a variety of pressures facing the world’s turtles including habitat destruction, habitat fragmentation, collection for food and folk remedies, collection for the pet trade, and many more. Each year, turtle and tortoise keepers are having more and more successes with keeping their chelonians healthy and in creative enclosures and they are producing healthy captive-hatched specimens that are living stress-free and parasite-free in homes all over the world. These pets are ambassadors for their cousins, living in nature.

The TTPG is happy to be involved with the dissemination of information about the world's turtles and tortoises and their proper care through talks at herpetological societies, Turtle Night at the National Reptile Breeders Expo, the TTPG Conference on Captive Care and Breeding of Turtles and Tortoises in Phoenix, Arizona each year in November, and through books, articles, care sheets, and this website.

Russ proudly hosted Turtle Night at the National Reptile Breeders Expo in Florida for twelve years before TTPG created the TTPG Conference in Phoenix. We hope you will join us for this year’s conference where attendees hear a wide range of chelonian topics devoted to captive care, nutrition, medical care, captive breeding, incubation, raising healthy offspring, and much more.

Enjoy our website and I hope you will choose to become a member to share in our work!

Russ Gurley was a founding member of the American Federation of Herpetoculturists in the 1980s and served as a creative force behind The Vivarium magazine for several years. He has produced many books and articles relating to the captive care of reptiles, including geckos, snakes, and more recently aquatic turtles and tortoises. These articles have appeared in magazines and journals such as HERP NATION, Reptilia, MANOURIA, The Batagur, and on various websites.

Russ formed the Turtle and Tortoise Preservation Group in 1996 to promote the captive breeding of rare turtles and tortoises and to spread the most recent information relating to the keeping and breeding of captive reptiles through articles, books, conferences and workshops, and through the TTPG website. Russ and the TTPG members host the TTPG Conference on Captive Care and Breeding of Turtles and Tortoises each year in Arizona.

Russ has a BFA from Oklahoma State University in illustration/painting and is involved in the art scene in his free time and he is the owner of FORGOTTEN TRIBES SKULLS (www.tribalskulls.com). Russ was the first in the United States to breed Pyxis planicauda, Batrachemys raniceps, and Bothropthalmus lineatus. He maintains a collection of turtles and tortoises and is involved in a variety of unusual lizard and tarantula projects. 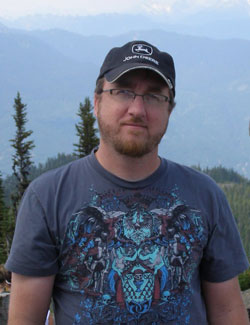 James Badman has worked at Arizona State University for 18 years. He is the Associate Director for the Department of Animal Care and Technologies. He owns Wildside Pets, LLC, an exotic pet store in Mesa, Arizona. He and Drew Rheinhardt host the Phoenix Reptile Expo, LLC. James is married and has two beautiful daughters. Like most, he has kept tortoises since he was a kid.

James maintains a wide variety of tortoises with an emphasis on species that do well outside in the dry climate of Arizona. These include sulcata, leopard, pancake, radiated and Mediterranean tortoises. James also maintains and breeds several specialized species such as Pyxis, Kinixys spekii, Egyptian and Chaco tortoises. 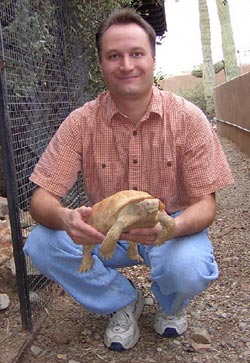 Drew Rheinhardt is a construction superintendent and has worked with many species of reptiles since his early childhood. Like his mentor, Bert Langerwerf, Drew has devoted most of his time keeping species that will thrive in outdoor enclosures in his native Arizona. His enclosures are producing some of the most amazing species from Africa and Europe including Leopard tortoises (Stigmochelys pardalis), Spurred tortoises (Centrochelys sulcata), and a variety of Testudo species including Testudo hermanni, Testudo floweri and Testudo marginata. Drew also keeps and breeds a handful of aquatic species and has recently produced a number of Vietnamese pond turtles (Mauremys annamensis), a species that is now extinct in nature.

Drew has also been successful with a wide range of lizard species including terrestrial geckos, chuckwallas, and other desert species, and he is one of the most successful keepers of Uromastyx lizards in the country. Drew’s insight into desert-dwelling species that thrive in his Arizona climate has provided a wealth of information for keepers around the country. 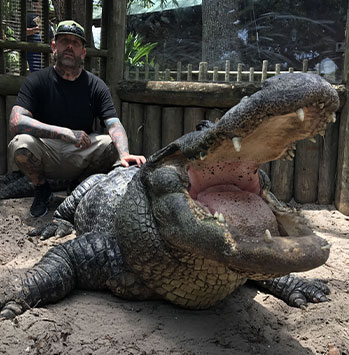 Born and raised in India, I fell in love with turtles when I started going to a school that raised a group of Start Tortoises in the zoo on premise. I grew up listening to the local myth that turtles are bad luck but I couldn’t help but wonder how turtles can bring good luck for our neighbors in China and bad luck to Indians. I decided I would find out when the opportunity arose and managed to purchase two young red-eared sliders, that were possibly smuggled into the country along with ornamental fishes. Since then I have not looked back. What started in 2001 as a curious experiment, if you will, turned into a serious obsession and has matured into a focus on chelonian conservation.

Apart from TTPG I am very active with the Sacramento Turtle and Tortoise Club and a Director at Bidwell Wildlife Rehabilitation group in Butte County,CA where I work with our native pond turtles and also assist with adoption of non-native species.

It is truly hard to pick just one species that I am in love with but if I am forced to pick one it would be Siebenrockiella crassicollis. My hope is to ensure there will be enough captive bred crassicollis for future generations to come. 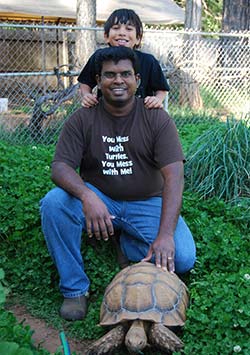 Growing up in a small country town in Chino Valley, Arizona I didn’t have a lot to do, so I studied many different types of animals. I grew up working with & owning many different animals, which is how I decided that I knew I was going to work with animals somehow for the rest of my life. In 2012 my husband and I decided to open The Pet Shop in Mesa, AZ. a full line pet shop. I consider myself a tortoise aholic and have had turtles & tortoises since I was a little girl. I look forward to continuing my knowledge in turtles and tortoises by being a part of TTPG. 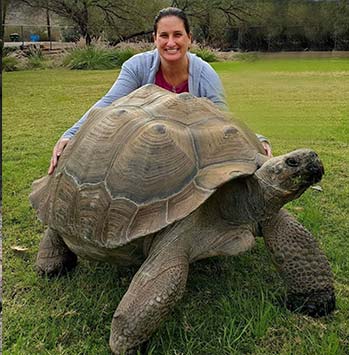 Keith Chitwood works in the Pet Industry as a Category Manager for a large distribution company. He is also formally the store manager for what was at the time the largest aquarium and fish (and reptiles too) retail store in the Southeast. As part of his work history Keith also helped design and install several large filtration systems at Zoos, Science Centers and businesses. 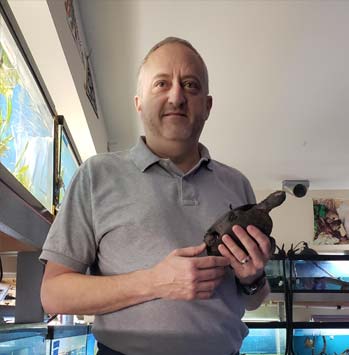 Kurt Edwards has a diverse collection of both aquatic species and tortoises. He was best known early in the hobby for producing Spotted turtles. In more recent years, he has developed a fondness for South American species and became the first breeder in the United States to successfully hatch and raise a Spiny-necked turtle (Acanthochelys spixii). In addition to aquatic species, Kurt is also interested in the Kinixys genus, and has hatched over 70 Home's Hingeback tortoises (Kinixys homeana) to date.

Kurt has written various articles for publications such as Schildkroten im Fokus and The Batagur.

Kurt spoke at the National Reptile Breeders Expo in 2005, NARBC Arlington in 2007, East Texas Herp Society in 2009, Phoenix Reptile Expo in 2009, and various other herp societies. 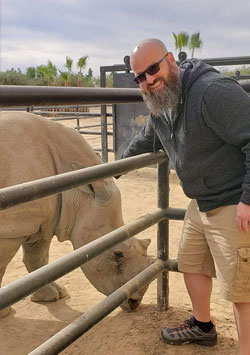 I don't remember a time in my life when I didn't have turtles and tortoises. My love for them has been one of the constants in my life. As a child I depended on my parents to educate me on the care of my pets. When the experts told me to feed freeze dried ants, flies, and raw hamburger. The mortality rate in some species was high. As I got older and my love of chelonians continued I hunted for information on their care and how to improve their lives. After our sons were born, we got them two nickel size Red-eared sliders thinking it would teach them the cycle of life, hygiene, and caring for a pet. What happened was the start of not only educating ourselves but also many other children and adults. I was President of the National Turtle and Tortoise Society for fifteen years. The society's main focus was the education, conservation, and captive propagation of chelonians. I thought I could back away for a turtle and turtle organization. I found that I was still educating people without a place to send them. That is where I am glad to have the TTPG. I am happy to be a part of an organization that cares about our world's chelonians. I have been blessed to keep many species of turtles and tortoises. One of my greatest accomplishments is the captive breeding and hatching of Chelonoidis chilensis, also known as the Chaco Tortoise. Twenty-four years later, the life cycle of our sons' Red-eared sliders is still continuing!